Convert to DVD or Editable Files - From £10

We transfer all digital camcorder formats to DVD including Digital8 (Digital-8/D8).

Digital8 video tapes (aka /D8 tapes) can be up to one and a half hours long. This Digital8 copy and transfer to DVD service is unique to Kodak Express Camden in London.

Use our online/mail order service if you cannot pop into our London store. All our Digital8 transfer work is done onsite at our studios ensuring excellent quality and your treasured Digital8 will not get lost.

If you cannot make it into our shop simply post your tapes to us - don't forget to include your instructions, address and telephone number. On receipt of your work we will call you, confirm your instructions, and take payment by credit card over the phone.

Our encoded DVDs will play on your TV system and on your computer but cannot be edited. We can supply you with editable computer files. These are supplied as uncompressed AVI's are are good for both PCs and Macs. One hour of video as an uncompressed file needs 13 gb of space. You will need to supply us with a external hard drive or large capacity USB big enough for your AVI files.

Although DVDs last a lifetime without deterioration in quality one scratch or scuff mark will render it unplayable. For this reason we strongly advise you to order an extra DVD back up copy of your Digital8 Video work - the cost is only £6 per tape, even less when having multiple tapes converted.

We only accept Digital 8 Video to DVD transfer work on this basis. 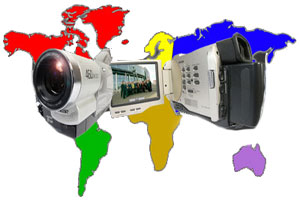 NTSC is a video format standard widely used in many other parts of the world such as USA. Japan and much of South America.

So if your Digital8 tape was originally filmed in any of these countries it will need to be converted to PAL format to play on UK TV systems.

The cost of NTSC Digital8 transfer to PAL and encoded to DVD is £40 per Digital8 video tape. 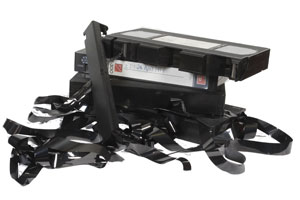 We can fix any type of physical damage to the tape such as snapped or entangled tape, tapes which are immediately ejected and replacing the tape housing.

We cannot generally fix problems associated with bad recordings (too light or too dark), camera equipment malfunctions and sound problems.

If you have accidentally erased the tape we cannot restore the footage.

We fix broken video tapes and transfer them to DVD